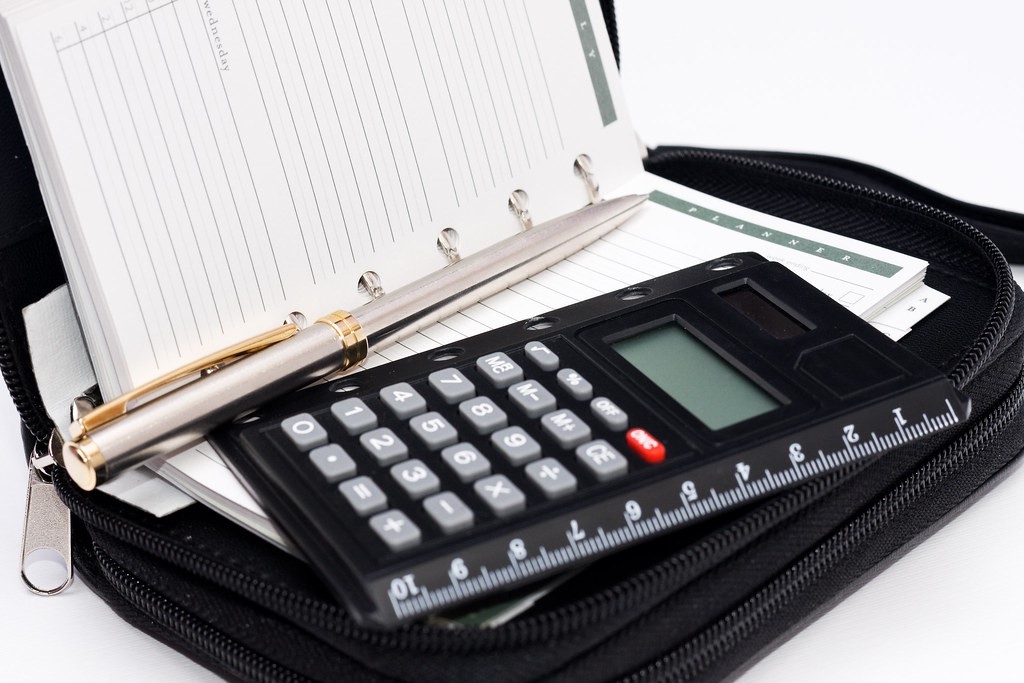 According to the American Bankers Association, “44% of US internet users – roughly 75 million people – depend on the web as a source for financial information.”

And one of the most under-utilized tools are free online financial calculators meant to help you crunch the numbers and get a specific, somewhat-personalized answer.

Take a look at the What’s Your Retirement Score calculator from Fidelity Investments, for example. You get asked to enter the following information:

Now obviously, there may be additional variables to your retirement that you would like to factor in but can’t. The state you live in, the city you live in, more complicated arrangements of your retirement portfolio, and so on. Even the world’s most comprehensive financial calculator can only do so much for you.

But if you don’t want to pay an expensive financial advisor for a basic answer, or you don’t want to spend hours coding an Excel spreadsheet to do some back-of-the-envelope calculations, these online tools can be extremely useful for getting a quick answer.

And they can help you get to your goals with some much-needed clarity.

Have YOU ever used financial calculators online to get a quick but necessary answer? If so, which ones are your favorites? Reply to this newsletter and share them with us!

Now that I have your attention, let me be the first to assure you this was a real experiment that recently took place.

Starting in 2018, a charity based in Vancouver, Canada called “The New Leaf Project” gave $7,500 in cash to 50 randomly selected homeless people… each. For a total of 365 days, their spending habits would be compared to a separate group of 65 homeless people who received nothing.

The stereotype is that homeless people piss away all the money you give them, and hence you should never be charitable to them. But their experiment led to several results that managed to break the stereotype altogether:

In a weird way, this kind of “direct cash transfer” approach could lower the costs associated with government assistance for aiding the homeless: Savings of $8,100 when a total of $55,000 is spent on average per homeless person.

What do YOU think about this experiment with the homeless? Is it something that could be repeated in USA’s major cities? Or was this a one-time fluke that won’t ever happen again? Share your opinion with us by replying to the newsletter!

The Clock Is Ticking for Outdoor Dining as Winter Slowly Arrives…

The summertime provided a great opportunity for struggling restaurants to make up for lost revenue by going all-out on outdoor dining. Beautiful weather, great sights, and good food. What more could people ask for?

But as the fall season approaches and the winter following shortly after, the death of outdoor dining will become a real phenomenon. Which bets the question: Is there an exact outdoor temperature at which people stop engaging in outdoor activities and start bundling up indoors?

According to Goldman Sachs, there’s a correlation between outdoor temperature and seasonally adjusted restaurant bookings. And the decreases we’re projected to see this year are a combination of colder weather AND the current pandemic conditions:

These numbers may sound insignificant, but they are devastating when you consider their effect on the nation’s GDP. Even a 0.3% loss is devastating and would lead to a bad winter for America.

So unless these restaurants have more freedom to offer indoor dining services, double down on delivery and takeout, or use heaters and tents for dining during the cold winter season… it looks like another game over for the American restaurant industry.

TikTok already has numerous American competitors to worry about, and one of them happens to be Reels. It’s the TikTok clone that was launched by Instagram, which itself is owned by Facebook (I’ll give you a second to process that).

But here’s where Reels could fail: They need to DIRECTLY monetize Reels. Having shopping features isn’t enough. Facebook may be able to act faster, but content creators need several damn good reasons for abandoning TikTok and picking up Reels. A system where both Facebook and the creator get paid directly, similar to YouTube’s infrastructure.

It’s definitely within the reach of Reels to end up becoming a superior experience for both the consumer and the producer. But it’ll be a challenge to get people re-acquainted with making viral content that continues to help them make money in their sleep.

It’s not how much you MAKE, but how much you KEEP. That applies to money, but equally so (if not more so) to your viewers and creators. 😉

The Magic Number for Successfully Retiring at 60 Years Old…

According to Fidelity Investments, that’s the multiplier of your income you must save by age 60 in order to guarantee a peaceful and successful retirement that starts at 67 years old. So if you’re making $50,000/year, you’d better damn well have a minimum of $400,000 in your portfolio when you reach the six-decade mark.

Yet according to TD Ameritrade, in a report they released earlier this year, the majority of Americans are WELL behind this number. Not only do 28% of people in their 60s have less than $50,000 in savings for retirement, but adults between the ages of 40-79 have more than $25,000 in assets that can be invested.

Just imagine that… most people in this country are nowhere near their full retirement potential. In fact, they are dangerously behind and are in for a rude awakening when they get to that hallmark age of 65 years old.

We’ve already seen what’s happening to current retirees who have lost everything because of the COVID-19 pandemic. If that isn’t enough of a warning sign, I don’t know what is…

When Alcohol Goes “Tech”: Whiskey in One Week

For those of you who don’t know about the science behind manufacturing whiskey: It takes a MINIMUM of five years for the full maturation in oak barrels to take place. It can be up to a few decades.

Bespoken Spirits, a brand new California-based startup, claims it can produce custom whiskey in a matter of days. How? By taking the elements of the barrel that improve the taste, color, and smell of whiskey and using their proprietary technology to create the whiskey. You can change the flavor and get a whiskey profile that’s entirely unique to you.

So far, the company has won several awards at prestigious whiskey-judging competitions and they’ve acquired $2.6 million in seed funding so far.

I can’t even be mad at this, considering they are capitalizing on an ever-growing trend of increasing alcohol consumption across America. According to various stats I recently found on the American Heart Association’s website:

So long as we have to drink to forget about our sorrows, there will be companies who find faster, better, and more scalable ways to profit from our inevitable downfall as a species…