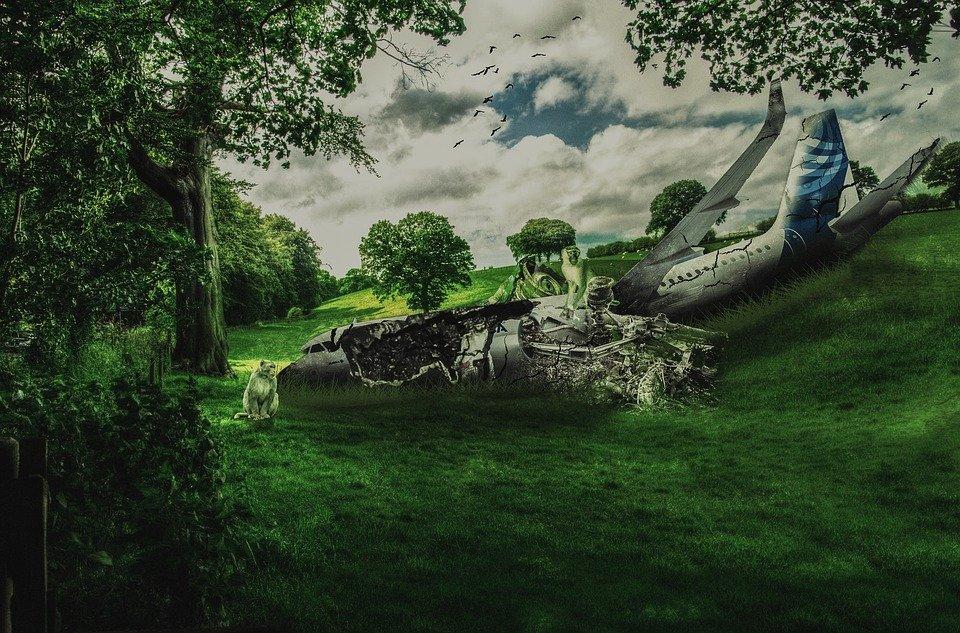 The Airlines Are F*cked – Officially

For six months, the American tourism has been dreading the day when October 1st would arrive. Because it marks the official end of the obligation that airlines had towards keeping all employees on payroll and maintaining a certain level of flight activity throughout the pandemic.

Unfortunately, time’s up. A second federal bailout consisting of ~$25 billion has yet to be approved and signed off by Congress. Industry players such as American Airlines and United are going to start furloughing +30,000 workers (and that’s just between those two… the real number is somewhere between 70,000-100,000).

There is a chance for them to completely reverse the furloughs, but only if the money comes in within the next few days. If not, then say hello to involuntary job cuts at a rate you have never witnessed before.

Believe me when I say that the airlines DO NOT want to have to do this. The CEOs of the USA’s largest airlines, along with other high-profile travel companies, are lobbying in Washington with each second they have in an effort to restore jobs within their industry.

(Fun fact: 40% of all US jobs are directly or indirectly related to travel.)

The last I head of President Trump and the White House, their newest offer for funding is a $1.5 trillion plan where $20 billion would be allocated to airlines alone. It would be enough for another six months of survival where employees are not forced to be let go. Unfortunately, it just won’t budge with the Democrats and the $2.2 trillion proposal they want passed.

Which means that until we get some definitive answers from Congress, airlines are literally f*cked. They have to do something which they know will destroy their reputations, but is the only surefire path towards survivability.

What do YOU think about this news? Will financial aid arrive in time or will we have to let the weaker airlines bleed out? Reply to this newsletter and share your prediction with us!

The biggest sentiment in the American labor market is that large cities are dead zones. Nobody wants to live in them during a pandemic. It’s so much easier to move to the cheaper suburbs and rural areas while having the freedom and privilege to work from home. Why bother paying exorbitant amounts of money for cramped-up space in a downtown setting?

It’s a very rational argument and certainly an understandable one. There are certain jobs which really can be more productive and cost-efficient when everyone works remotely. But the argument comes at the cost of ignoring how powerful cities can be for boosting productivity.

Here are some interesting facts I pulled from a recent Financial Times article:

The big thing that anti-city activists tend to miss out on is proximity. It’s to any professional’s advantage to have the best talent and resources within walking distance. When you can physically see and feel your competition, it’s a catalyst for learning, innovation, and networking. Not something you can quite replicate on a Zoom call.

What do YOU think about the future of the city lifestyle? Dead in the water or just waiting for a second comeback? Reply to this newsletter with your opinion!

Airports are going to be devising some very creative technology-based solutions to provide passengers with safer, more controlled ways of checking in and locating their flight.

One of such airports is the Denver International Airport and their trial run of the VeriFLY app, which allows you to arrive at a specific 15-minute window ahead of time and take a train car with only a few other VeriFLY users towards your gate. Naturally, you will not be exempt from completing a health screening when you arrive at the airport.

The official website provides more information on VeriFLY, but it is a helpful choice for the vulnerable population who wants to travel without feeling unsafe amongst fellow passengers (or fearing the possibility of contracting COVID-19).

I think this will be rolled out across many more airports in America. I don’t know if VeriFLY will be the standardized app, but providing high-risk passengers with a secluded route towards their destination will do wonders for boosting travel demand. Not everyone will use it, but the OPTION to use it will be very comforting.

Sweden has sucked up all of the energy in the mainstream media for their anti-lockdown approach towards defeating the coronavirus. And despite all the crap they got early on, their strategy ultimately ended up being the most effective. The morality and daily infection rates of COVID-19 are fast-approaching zero, and it didn’t require destroying the national economy.

But joining Sweden in the ranks of COVID-19 victors is the country of Denmark. And when you see all the bullet points of things they’ve achieved and done, you’ll see why that is:

Something worth thinking about for the US and the UK!

I haven’t taken a look at the other Scandinavian countries, but I wouldn’t be surprised if their approach – and their success rates – closely mirror what Sweden has already proven to be the most effective solution.

24 Months to Passport #2 and Foreign Citizenship?

Many people are interested in becoming expats. They are fed up with the American Dream and wish to pursue life, liberty, and happiness someplace else in the world.

So the natural option is to get citizenship in another country and hopefully receive a foreign passport they can use for their own benefits. But how can you do this without having to dig through your family roots or shell out a minimum of $100,000 for a second passport? And get what you want within as little as two years’ time?

The secret is to locate countries where the “citizenship via naturalization” process is both easy and straightforward. I’m talking about places like Peru, Brazil, Poland, Honduras, Paraguay, Ecuador, and Argentina where you have to live in your country of choice for 2-5 years.

Some of the items you will need can include (but are not limited to):

If you have all of those things, you can save yourself an awful lot of money and stress in becoming an expat. And you’ll get to live in a beautiful country that feels like being in a dream every single day. 😉

If there is any man on the planet who truly has balls of unbreakable steel, it’s the Federal Aviation Administration head – and former commercial pilot – Steve Dickson.

As you may already know, Boeing has been under hot fire since March 2019 for the two fatal accidents it had with its signature 737 MAX aircraft. The aviation company has spent all of this time relentlessly making changes in order to re-qualify the plane for a brand new certification.

But having other agencies and organizations approve the 737 MAX wasn’t enough for Dickson. In order to really see if the plane was ready for public use, he sat in the captain’s chair and flew the plane himself for a 2-hour test flight. And his thoughts? They’re on the right track towards regulatory approval but they’re not there just yet.

Boeing’s initial timetable for evaluating the 737 MAX got pushed back significantly due to COVID-19 and the ensuing travel restrictions. They had planned to be cleared by Q3 2020, but that will have to wait. Even if they got the clearance then, pilots have to be trained from scratch before the aircraft can be used nation-wide.

Let’s hope Boeing can finally pick itself back up from the ground. They’re only building 80 of the 737 MAX aircraft this year before hopefully producing 31 planes every month going forward.