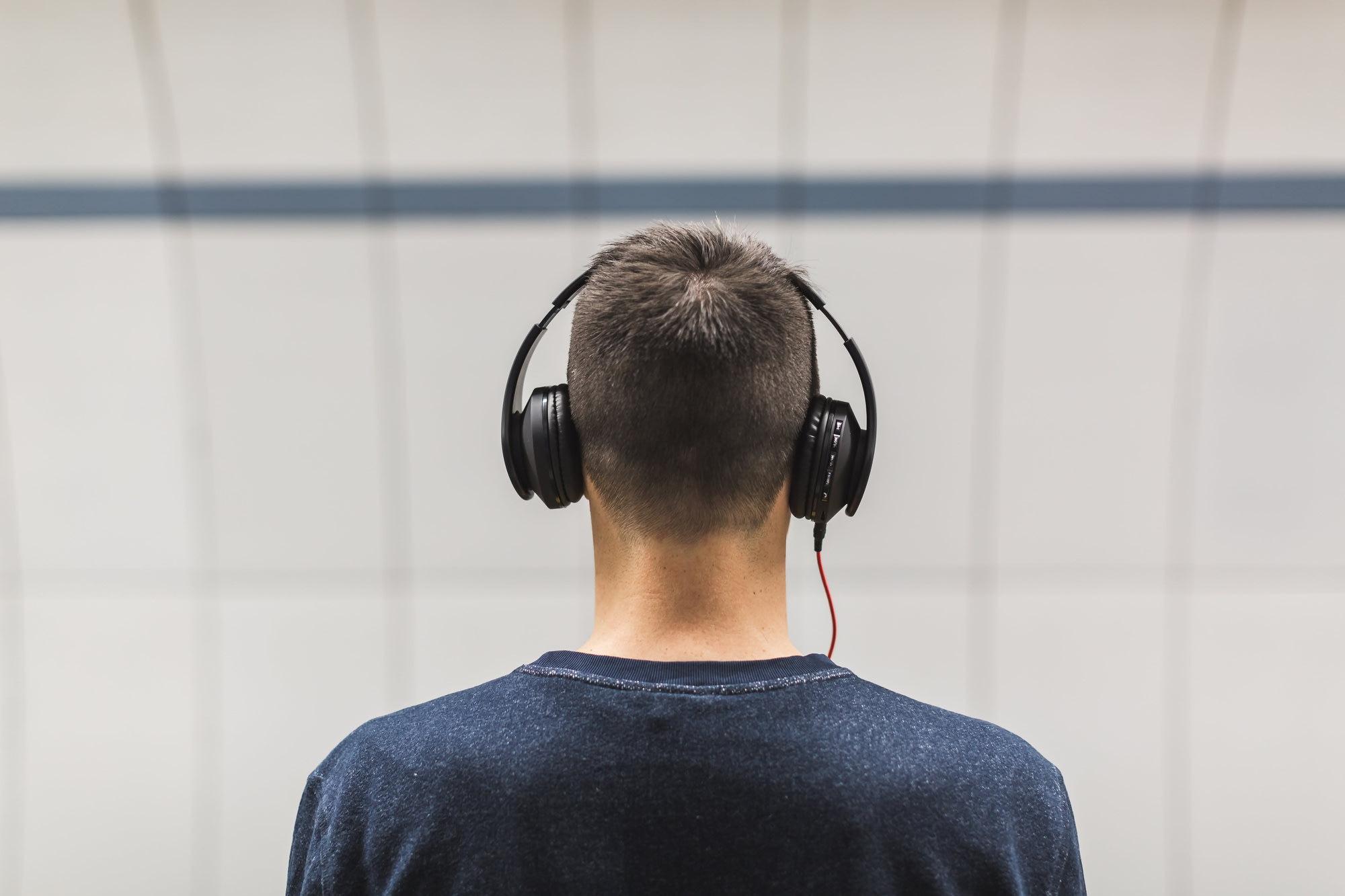 The September Correction Is Over but There’s More to Come

Well, Friday was a very interesting day. Especially considering that we are fast approaching the end of the month of September.

After the month that is typically perceived to be a “correction” month, when stocks have historically performed poor, it looks like most of the losses have miraculously been erased.

Just take a look at some of these numbers:

This was one of the best days for the major indices and several blue-chip tech stocks since the early days of September. But it doesn’t mean that we are out of the fire just yet.

Bullish investors may see this as a correction of what is a long-term upswing in the market, but bearish investors say otherwise. They’re warning us of many more corrections and wild market volatility over the next six weeks of trading. In their mind, what we are seeing is far greater than an expected seasonal trend.

As we continue to gather more data about the progress being made to build up the American economy from scratch, there will be a clearer emergence of winners and losers. Industries that will flourish and industries that will die off before resurrecting themselves in an entirely new manner.

What do YOU think about this month’s trading? Was it the usual September correction, or is something much deeper building up from beneath the surface? Reply to this newsletter and let us know!

When Chinese Brokerage Stocks Are Worth More Than Big Banks…

The unforeseen rise of retail investor activity isn’t just limited to the United States. Even in China, the retail boom is taking on a face of its own. Several Chinese brokerages are now being valued at a price that stands to be competitive with some of the largest and most well-known banks in the world.

If you don’t believe me, then perhaps these numbers will convince you…

East Money, a large China-based brokerage, has a market capitalization of $30.6 billion after their shares saw an 84% jump. Not only is the price-to-earnings ratio of their shares at 69 (four times greater than Charles Schwab), but their market cap is higher than Credit Suisse.

Turnover is extremely high for stocks. Mutual funds have seen an unimaginable amount of cash pouring in from domestic and foreign investors. The HiThink RoyalFlush Information Network, which gives financial information to investors, and they have also seen a 42% rise this year alone.

I could go on and on with more examples. But the stock market boom is now a worldwide phenomenon. People are spending more time online than ever, and they want a source of income to replace the one they may have lost. What better way to stay at home and let the cash come flying in than to trade the stock market?

For 30-Somethings Who Haven’t Started Saving for Retirement…

I don’t know how many young adults are reading this newsletter, but I’m going to assume that some of you are in your early 30s.

If you haven’t realized by now that you should be investing and saving up for retirement, make the realization happen RIGHT NOW. Time is not on your side and it will only work against you with each passing year.

According to Fidelity Investments, age 40 is when you want to have at least 3x your income saved up if you want to retire by the time you turn 67. And that’s being generous on their part, as I’m sure many of their clients at age 40 are privately advised to have many times that number.

So with that in mind, let me give you a super-quick crash course in what you need to do in order to secure financial independence as soon as possible…

And for God’s sake, PLEASE max out your contributions to your Roth IRA and your 401(k). You’re missing out on a lot of unrealized money by not doing so.

If You Work at Google, They’ll Pay Off $2,500 of Your Student Loans Each Year

There’s a good reason why an increasing number of young college graduates want to work in Big Tech: On top of the ridiculously high starting base salary and other forms of compensation (bonuses, stock options, etc.), you get covered like you wouldn’t imagine.

Just take a look at the newest perk being offered to Google employees, according to a new press release statement:

“[We will] match up to $2,500 per Googler per year in student loan payments to help them pay off their student loans faster, allowing them to save money to use in other ways, whether it’s purchasing a new home, starting a family, or investing in a 401(k).“

Slated to start in 2021, it will initially be available for full-time employees working in the United States before being offered on an international scale. They will be joining the 8% of US companies who currently help their employees pay off student loans via company contributions.
If you don’t want to go down the path of entrepreneurship, it is in your best interest to secure a position at one of these major companies. It is the best financial start you can give a young adult, and the job you get is both financially and mentally rewarding.

Beware, Crypto Tax Cheats: The IRS Is Coming for You!

I can’t believe I have to say this out loud in simple terms, but sadly it needs to be repeated: NEVER ATTEMPT TO CHEAT THE IRS UNDER ANY CIRCUMSTANCES WHATSOEVER!

This warning should be of great interest to cryptocurrency investors who believe they’re smarter than the IRS and can “hide” their cash.

In earlier years, your disclosure of any gains or losses via cryptocurrency was entirely optional when filling out the standard 1040 tax form. Now? It’s on the very first page and it is MANDATORY for you to be transparent about your crypto adventures.

The question will look something like this: “At any time during 2020, did you sell, receive, send, exchange or otherwise acquire any financial interest in any virtual currency?”

Playing dumb is no longer a valid excuse for not paying the taxes associated with your capital gains on currencies such as Ethereum and Bitcoin. The IRS got $12 billion since 2009 when they cracked down on offshore accounts using this same strategy, and now it’s cryptocurrency’s turn to face the music.

Who knows how much the IRS will rake in? But considering that Bitcoin and Ether have wildly outperformed the NASDAQ and gold itself, they stand to make an awful lot.

What do YOU think about this new ruling? Should cryptocurrency be taxed and accounted for in the same way as normal currency? Reply to this newsletter and let us know!

What Makes Costco So Damn Successful, Even During COVID-19?

Costco’s fiscal quarter saw its reported earnings per share jump to $3.13, which is a 27% increase. And despite having 13% gross margin, which is far lower than its competitors, their net sales are $52 billion. That’s impressive when you consider their marketing spend is negligible.

So how do they do it? How is it that they can stay profitable by having such a heavy reliance on membership fees?

For one, they sell discount gas. They’ve always been a place for people to fill up their cars on the cheap, and their lowered their prices far more than most conventional gas stations. This has allowed them to regain any losses they incurred in that department during the pandemic.

They also prioritize fresh food. Costco has worked alongside Instacart to help people get high-quality groceries on the same day, and they never spoil. Thanks to Costco’s focus on fresh foods, combined with a shift in consumer demand, they can sell these foods in bulk and never have to worry about lost product (leading to lower expenses for damaged products).

Finally, they were one of the first responders to COVID-19 with their updated safety procedures. All customers and employees had to wear masks, obviously. But Costco’s warehouse-like set-up naturally ensures that people are maintaining a healthy distance from one another… even when they’re packed to the gills.

Add on the fact that employees have been receiving an uninterrupted $2/hour bonus since February, and you have a recipe for success. Employees are paid well, and customer satisfaction has never been higher.