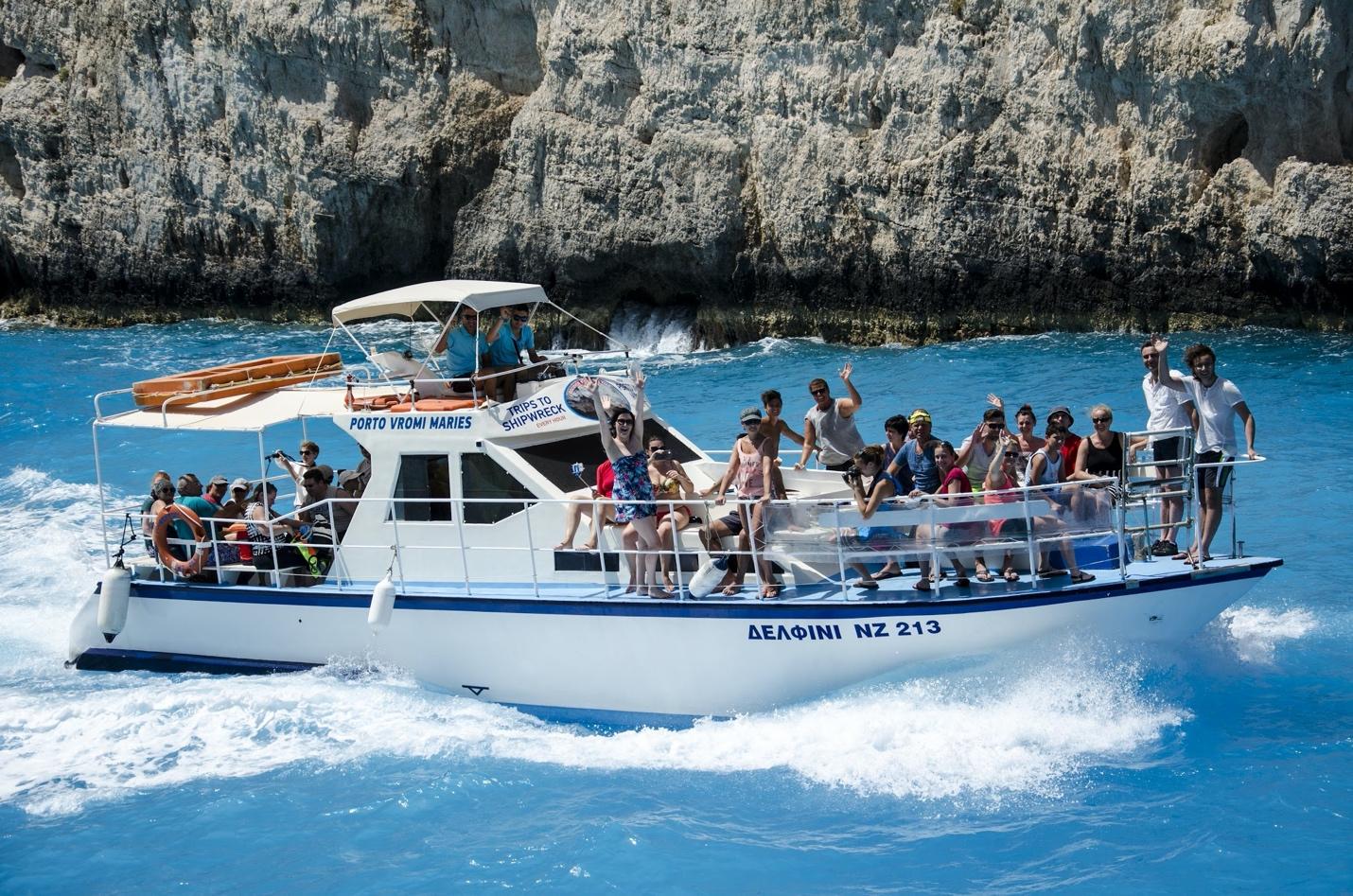 The Super-Rich Party Hard While the World Remains Locked Down

When you have a seemingly unlimited amount of “F*ck you” money, you can literally do whatever you want and whenever you want. Even during a global health pandemic that has the world population locked inside their homes.

Apparently, these above-it-all people have spent their free time renting out expensive yachts and hosting some epic parties. And just because they can, they’ll pay hundreds of thousands of dollars for famous musicians and celebrities to perform live for them. If they can’t be flown out to their yachts, a virtual performance over Zoom will suffice.

Just to put the numbers in perspective: You’re paying a good $300,000-$400,000 to rent a yacht out for a single week. And an artist such as Alicia Keys will not leave her bed unless you pay her anything less than $750,000 for a private performance.

Except these yachts aren’t just a one-week getaway. We’re easily talking about 1-2 months of being out at sea, and the winter season is ensuring rich people will remain isolated on their luxurious boats for much longer periods of time.

And if it’s not the yachts – private nightclubs in isolated villas will suffice. Mansions can easily be refitted and renovated to become impromptu private clubs for special guests. No law says you can’t transform your OWN place into a nightclub when every other nightclub in town is shut down.

As with everything in life, money can do a lot of things for you. Not everything, but you’ll be surprised how many doors can be opened with the right amount of cash.

What do YOU think about the newfound party lifestyle of the ultra-rich? Does it make any sense at all, or are they jackasses who are setting themselves up for a COVID-19 outbreak? Let us know your thoughts by replying to the newsletter!

Will Airplane Seats Change for Good in a Post-Coronavirus World?

In the early stages of the COVID-19 pandemic, airplane manufacturers were scrambling to come up with a design for airplane seats that would promote social distancing among passengers.

Common designs included the installation of Plexiglass dividers between seats to create a physical space separating travelers from one another. On top of mandatory face mask policies and enhanced cleaning procedures, airplanes were facing a monumental overhaul of a design that has worked effectively for decades.

But this possibility is becoming an ever-growing fantasy. The fact remains that airplanes are quite low-risk spots for a COVID-19 outbreak. Due to how air is filtered via HEPA (high-efficiency particular air) filtration, the cabin air flow does not promote the spread of the virus via aerosol droplets.

Here’s an easier way to think about why airplane seats won’t be redesigned: The seats would have to redo the ENTIRE certification and approval process for the Federal Aviation Administration. Fire resistance, resistance to extraordinarily strong forces, crash testing, and many other factors have to be examined all over again.

(Notice I haven’t gone into the processes that would have to be undergone in order to PROVE that these seat modifications reduce the spread of COVID-19!)

And honestly, no airline in existence today has the money or the time to make these changes. I’m not saying there won’t be major changes, but you can rest easy knowing that your seats will remain largely untouched.

Tourism Experts Predict How Travel Will Change After COVID-19

Speculations of how the travel industry will change once COVID-19 is defeated are a dime a dozen. Several journalists and doctors have attempted to take a shot at how the world will operate when all of this chaos is said and done.

But what about the industry experts in the travel industry who actually travel for a living? What are their on-the-ground observations about the future?

According to The Wall Street Journal, a few come to mind:

Some of these sound reasonable, such as the first two. But the latter three sound like something straight out of a science fiction novel. To be frank, I don’t think that five years would be enough to see these ideas implemented on a global scale.

That’s just me. What do YOU think about these ideas? Reasonable, or delusional? Let us know your opinion by replying to the newsletter!

Rather than have agents from the Transportation Security Administration manually check your temperature, thermal-camera technology will do that for large groups of passengers at a time without requiring any human contact whatsoever. As you pass through your normal checkpoint, you would be screened and identified if your readings were “suspicious.”

This is not the wish of a hygiene-obsessed maniac. It is a bipartisan effort being made by the federal government of the United States to ensure that Americans can travel safely.

In the event where you are pulled aside for suspicions of being sick (or actually being sick), you would work directly with the airline to either cancel the flight or reschedule without paying an unreasonable fee.

So far, over 140 countries have successfully used temperature screening protocols to assess passengers and the risk they carry towards others for a COVID-19 infection. However, the technology itself would have to be thoroughly vetted.

If all goes well, you will see this technology being used under the guise of preventing future viral outbreaks. And according to the International Air Transport Association, it would ease the worries of 80% of travelers who would feel safer traveling in airports with this technology fully implemented.

Looks Like JFK Airport Is Much Dirtier Than We Thought…

Even though the previous story is a promising step forward in making airports a safer place for passengers, it is only one part of a bigger equation in preventing future viral outbreaks.

Why? Because until we have robots who will do all of our maintenance cleaning for us, we need to rely on human beings to do the job. And when it comes to the John F. Kennedy International Airport in New York City, an investigation from Inside Edition reveals that several high-contact points are not being washed thoroughly.

From the article published by Inside Edition:

“Inside Edition producers applied the show’s logo with harmless, invisible ink on several surfaces throughout the airport, including several rows of seats, the doors and handles in the men’s bathroom and even the counter where you check in.

The ink dries invisible and can only be seen with an ultraviolet light. Three days later, when producers returned, the UV light illuminated the ink on several of the surfaces, suggesting that they hadn’t been wiped clean.

That’s just the start. It turns out that check-in counters and several gate seating chairs were also dirty. While the officials at JFK Airport issued a press release insisting they were adhering to much higher standards of cleanliness, it really seems like damage control to me.

Which should remind you that you are ultimately responsible for your own health when traveling. Avoid touching surfaces where possible, use your hand sanitizer on a frequent basis, and practice some old-fashioned common sense!

Southwest Airlines Is Burning Through “Only” $16 Million Every Day

Cash burn is arguably the #1 issue facing airlines who are barely scrapping by with whatever cash reserves they managed to save up before the COVID-19 pandemic decimated the entire aviation industry.

For Southwest Airlines, however, it seems like they are improving on their ability to stop burning money to the ground. Back in April, they went through $30 million per day on AVERAGE. In June, that number went down to $16 million per day.

What keeps them going is their balance sheet, which is arguably one of the best amongst their fellow competitors in the USA. Southwest Airlines’ cash stockpile is greater than the total debt held by the company, coming in at $14.8 billion as of last week.

At their current rate, they could theoretically last for 28 more months on the cash they have right now. But for their sake, let’s hope the airline industry makes a full recovery well before then…