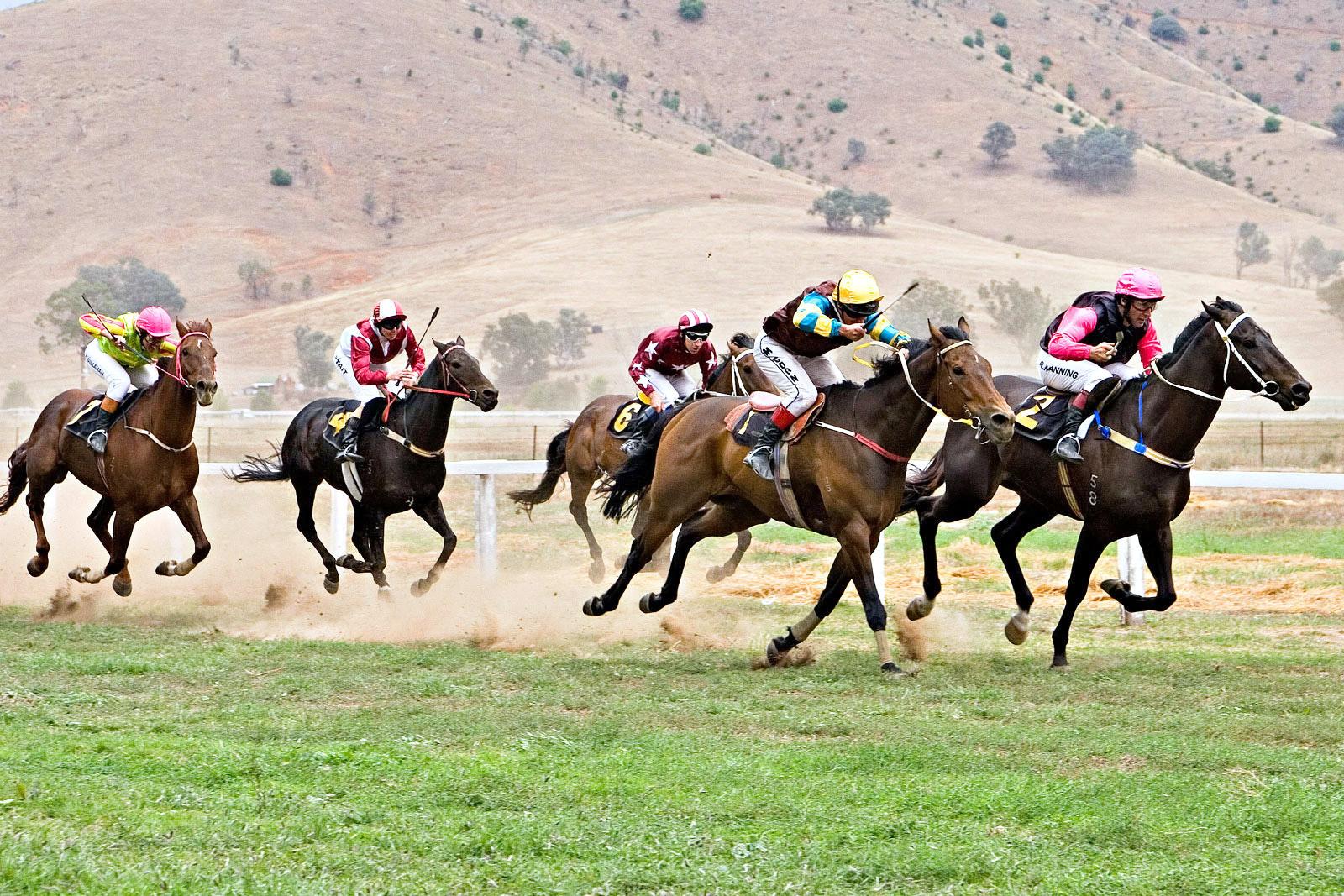 How to Invest in the COVID-19 Vaccine War

Ok folks, the COVID-19 vaccine race appears to be reaching its end stages!

The COVID-19 vaccine will likely become available by the end of 2020. With President Trump wanting to get it fully available to the public as soon as possible, the FDA will likely step in to accelerate the distribution via an “emergency use authorization” (EUA) order.

We also don’t know for sure how effective the vaccines will be, but a 50% safety and efficacy rate is required by the FDA in order for them to issue the EUA.

The next issue comes around with who will win the race. It could be one company, but it could also be more than one company. Many biotech investors will end up leaning more towards the pharmaceutical giants than the up-and-rising biotech companies.

Why? Bluntly, the giants will be able to manufacture and distribute vaccine doses at a rate that keeps up with emerging demand. We’re talking about 1-2 billion doses that need to be created, as the majority of vaccine candidates appear to require 2 doses per individual.

Which means in a choice between Moderna and Pfizer, the latter of which has appeared to emerge as the leader amongst Johnson & Johnson and AstraZeneca, you would your portfolio to be more concentrated in Pfizer, who is ready to have all of their data ready for FDA review by late October.

And don’t forget the order in which the vaccine will likely be distributed (from first to last): Healthcare workers, the elderly and the infected, essential workers, teachers, the prisoners and the homeless, and then the young adults and children.

Keep up with the news and make your decisions accordingly. Because this will be the very beginning of a HUGE biotech boom in the stock market.

Which COVID-19 vaccine candidates do you already have in YOUR portfolio (or plan to include)? Reply to this newsletter and let us know where you’ve placed your bets!

A month and a half ago, President Trump signed several executive orders which would allow patients to have easier access to experimental life-saving drugs at lower prices. Just yesterday, he signed a brand new executive order expanding on this promise.

“It extends the mandate to prescription drugs available at a pharmacy, which are covered under Medicare Part D. The July version focused on drugs typically administered in doctors’ offices and health clinics, covered by Medicare Part B.

Specifically, it would pay a price for a drug that matches the lowest price paid among wealthy foreign governments. Medicare, the government healthcare program for seniors, is currently prohibited from negotiating prices it pays to drugmakers.”

Of course, the pharmaceutical industry isn’t liking this new move. They argue that it gives foreign governments too much power in deciding which drugs the United States can provide to its patients.

Furthermore, they argue that the executive order is being issued far too late. The order needs to be backed up by regulatory change in order to take full effect. At least not in time before the election on November 3rd.

Should Trump win the re-election, this will be a major power move to solidify his track record as one of the best American presidents in modern history. But it would be prudent for him to divert more of his attention towards the COVID-19 crisis.

The question we should be asking ourselves isn’t whether food delivery will stick around or not. Several food delivery apps such as Grubhub and Uber Eats are reporting year-over-year revenue increases of 100-200%. It’s clearly too profitable of a venture to discontinue once the COVID-19 crisis ends.

The question we need to be concerned about is how food delivery itself will CHANGE going forward. There’s the possibility of self-driving robots taking care of all the orders, which is a few years ahead of us.

But one change worth noticing is the reduction in energy consumption. Wahlburgers, one of the more well-known burger chains in America who has directly benefitted from at-home delivery, is testing out an electric-powered, zero-emissions delivery vehicle called the Deliverator.

This new vehicle is roughly the size of a Smart Car, which tells you what to expect when it comes up to your driveway. However, the small size makes it FAR easier to navigate in busy urban environments where a parking space is never available.

A vehicle like this provides a significant opportunity for companies wishing to cut down on costs. The food is delivered faster, the fuel emissions costs are lower, and the company gets to re-invest the spare cash back into their business.

Tests are still underway to fully validate the technology, but if all goes well, they could manufacture up to 100,000 Deliverators for Wahlburgers and other fast food establishments over the next two years.

Peloton vs. Brick-and-Mortar Gyms: How to Make America Fit Again

The COVID-19 pandemic has been horrific for gyms who rely almost entirely on recurring membership costs and regular attendance of gym-goers. However, it has been a blessing in disguise for fitness companies such as Peloton that rely exclusively on the individual working out at home.

But it makes you wonder: How will gyms survive going forward when the COVID-19 pandemic is over for good?

Well, let’s just say that it’s time for a major pivot in the $94 billion fitness industry. After nearly half-a-year of having a big fat zero in revenue and having to take care of tens of thousands of employees, major chains need to make a comeback.

In short… expect gyms to offer a balanced mix of at-home and in-person fitness options. And you can bet those digital workouts are going to come with a major monthly subscription fee attached to them.

Kids, take notes. This is NOT how you handle a short-selling hedge fund who wrote a scathing 100-page report on how your company is engaging in fraudulent practices.

If you recall, hydrogen truck company Nikola is being accused by Hindenburg Research of deceiving their customers with misleading advertising materials and promises. Their shares tanked over the 2 trading days since the release of the report, and they’re not bouncing back up anytime soon.

Founder Trevor Milton has been quite the hot-head about the whole debacle. He’s been on Twitter spewing angry rants and stories of company bravado instead of refuting the claims with evidence and hard numbers. Posting pictures of unfinished trucks, bragging about how employees are working overtime to deliver… it’s not looking good.

So far, he has failed to outright deny any of the allegations on Twitter when asked for further comment by the press. Not the wisest move for a company valued at $15 billion who won’t turn up a dollar of revenue for at least another year and has yet to release a single product to the market.

Fun fact: There’s an emerging viral challenge called the #NikolaChallenge, where people are rolling their trucks down the same hill Nikola used to show their trucks rolling at full speed. All I’m going to say is that the trend is quite a bad look for Nikola…

Social Media and Skyrocketing Suicide Rates in the Youth: Imagine My Shock!

Get this: The suicide rates amongst those ages 10-24 years old is getting rose. According to the National Center for Health Statistics, it has gone up by 57% between 2007 and 2018. This is almost uniform across America, affecting states such as New Hampshire and Michigan the hardest.

One of the biggest causes of this uprise in lost lives can arguably be traced to the rising use of social media. The most negative effects on their psychological health was reported to come from apps such as Twitter, Facebook, Snapchat, and Instagram.

Just a friendly reminder that social media is NOT real life, and that you should be monitoring your child’s use of these platforms. And perhaps your own too, if you’re feeling under the weather.

Have YOU felt your mental health worsening when you use these apps? Reply to the comments and let us know – we’re all in this together. ☺