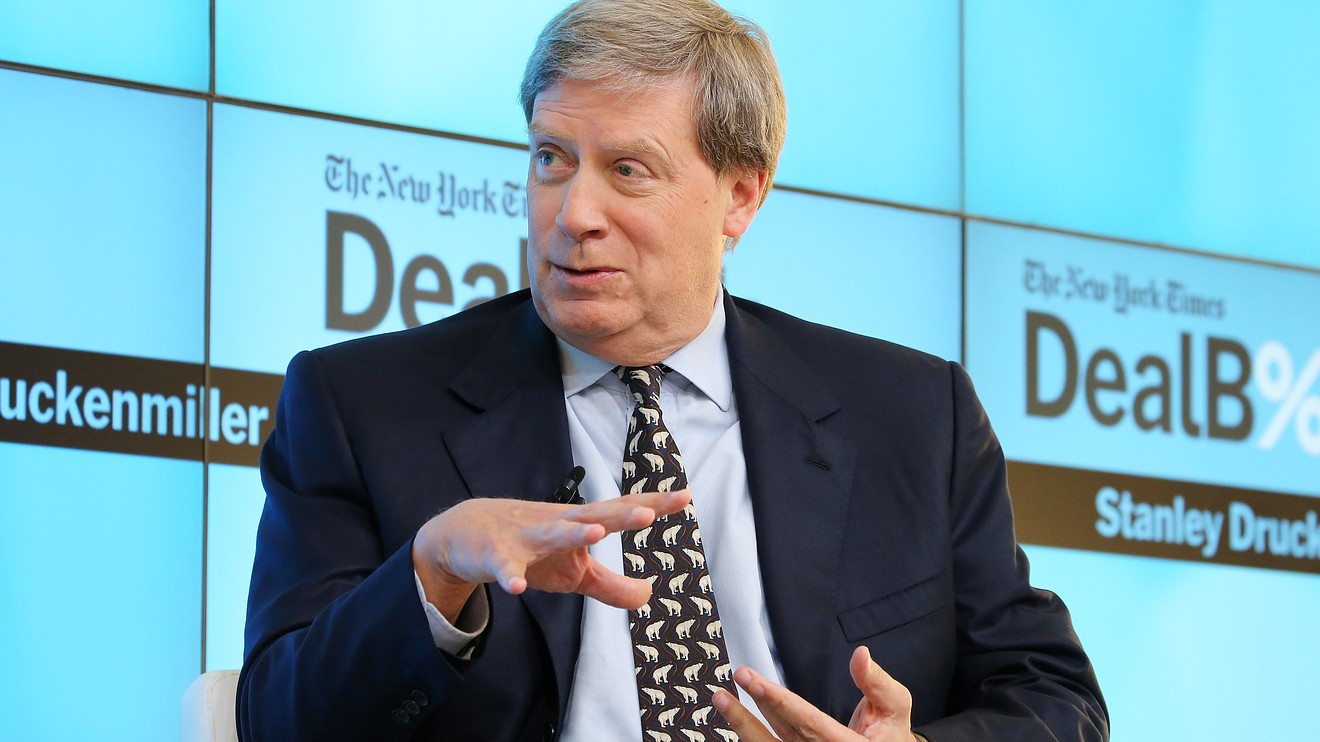 The Market Can Humble Anyone – Even Famous Hedge Fund Legends

Stanley Druckenmiller says the past few weeks have been a wake-up call.

‘I’ve been humbled many times in my career, and I’m sure I’ll be many times in the future. And the last three weeks certainly fits that category.’

The famed former hedge-fund manager, who (with George Soros) famously broke the Bank of England by shorting the pound in 1992, told CNBC that his return from the low point on March 23 has been a meager 3%. In comparison, the Dow Jones Industrial Average, S&P 500 index and the Nasdaq Composite Index from had a 40%+ rally in that time.

Specifically, the S&P 500 and the Dow have surged more than 43% each, while the technology-laden index has returned 45% since the late-March low and is now on the verge of carving out an all-time closing high on Monday.

Back on May 12, speaking at a webinar run by The Economic Club of New York, the chairman and chief executive of Duquesne Family Office described the dynamic in the market a month ago as so: “The risk-reward for equity is maybe as bad as I’ve seen it in my career.”

Druckenmiller noted at the time that it isn’t usually wise to bet against a Federal Reserve that is supporting the market, with a series of cuts that took interest rates to a range of 0% and 0.25% in March, driving its balance sheet up to $7.21 trillion as of early June from some $4 trillion in March.

However, the prominent investor said that valuations looked too lofty given the potential for a wave of corporate bankruptcies and an uncertain economy.

To be sure, the economy has seemingly improved, or at least bottomed, with the Labor Department on Friday, indicating that 2.5 million jobs were created in May, rather than some 8 or 9 million that had been feared lost. But things could still spiral lower if the COVID-19 pandemic sees a resurgence or second wave of infections.

That said, Druckenmiller acknowledged that he underestimated the length the Fed would go to help support the financial markets. Investors will get more clarity on the central bank’s policy stance on Wednesday, at the conclusion of their two-day meeting.

Granted, there were a number of other investors that thought a month ago that the market would be sure to retest its March lows.

Many investors often ask, “What would Warren Buffett do?”

Not Ryan Cohen — who sold Chewy, the company he co-founded, for $3.35 billion back in 2017. Instead, throwing diversification out the window, he plunked almost his entire payout into just two stocks: Apple and Wells Fargo, two major components of Buffett’s Berkshire Hathaway portfolio.

“It’s too hard to find, at least for me, what I consider great ideas,” he told Bloomberg News, without specifying exactly how much he invested. “When I find things I have a lot of conviction in, I go all-in.”

No real estate. No hedge funds. No private equity. No bonds. The same car and home he’s had for years. The rest? “All-in” on Apple and Wells Fargo. Against all conventional wisdom.

It hasn’t exactly been a smooth ride, at last for the latter position. He told Bloomberg News that his average cost basis in Wells Fargo is about $46, having built up his position in the second quarter of 2017 when it was trading at $54. Now, the stock is trading below $32.

On the flip side, Apple is doing just fine. It rallied 120% over the time frame and represents a much larger chunk of Cohen’s portfolio. Combined, his two positions, according to Bloomberg calculations, have been flat for the past two years to lag the S&P 500.

Nevertheless, Cohen, who never went to college, is a fan of Buffett and quotes him often. He knows, however, that his highly concentrated approach would raise plenty of eyebrows among the “Diversify!” crowd.

But “I don’t want to swing for a single,” he said.

Cohen recognizes most people shouldn’t follow his lead. “You need to have the temperament to block the noise,” he told Bloomberg. “Sometimes it feels like a roller coaster.”

As the U.S. Reopens, the Market React

Major U.S. benchmarks finished Monday above (or near) their prior all-time closing highs, as lockdown measures eased in New York City and elsewhere, sparking optimism about the potential for economic recovery.

The Dow on Monday finished 6.7% off its closing high in mid-February, while the S&P 500 ended only 4.5% shy of its highest close, according to Dow Jones Market Data.

The Federal Reserve has been wildly successful in terms of keeping credit flowing during the pandemic, with major U.S. equity and debt benchmarks already recouping significant lost ground since the COVID-19 pandemic forced the nation into lockdown.

The stock rally included not only high-flying technology companies that provided sought-after services during recent shutdowns, but also companies battered by low oil prices and the near halt in travel.

“I’m finding it exciting,” said Diane Jaffee, a senior portfolio manager at TCW, in a telephone interview with MarketWatch, adding that the breath of the recovery and recent sector rotation looks like it’s “not for a short term, but longer term.”

Investors also will keep an eye on what the central bank does next, with the Fed set to release its updated policy statement on Wednesday and its first set of economic projections since December.

Investors aren’t expecting the Fed to pull in its backstops or to dial back rates, which currently stand at a range between 0% and 0.25%. But they will look for clues from policy makers after Friday’s jobs report produced a stunning 2.5 million increase in payrolls in May, when economists had expected as many as 9 million jobs reported to be lost.

“Some policy makers will look at the results of recent progress and conclude that no more fiscal stimulus is needed,” said Kristina Hooper, Invesco’s chief global market strategist, in emailed commentary on Monday, while pointing to a classification error that made the unemployment rate look better than it actually was.

“To the contrary — I believe that recent economic data proves that fiscal stimulus is needed,” Hooper said.

In other economic data, the National Bureau of Economic Research, the ultimate arbiter of the state of the U.S. economy, said the domestic economy officially entered recession in February, ending its longest period of expansion on record.

Despite civil unrest and rising Sino-American trade tensions, markets have been kept afloat and even made significant gains on the back of trillions of dollars in support from the U.S. government and the Fed, whose balance sheet has ballooned to $7.21 trillion from around $4 trillion in March.

Investors have also been heartened by efforts to reopen the U.S. economy in the aftermath of pandemic-related closures. Reopening plans are in various stages in all 50 U.S. states.

New York City, one of the regions hardest hit by coronavirus, launched the first phase of its reopening on Monday, including the restart of construction and limited retail operations.

“From the market’s perspective, the economic impact of COVID is basically over. We still may see spikes in cases, but it will be difficult politically to shut down economies again,” said Bill Callahan, an investment strategist at Schroders, in an interview.

He also pointed out “the rally broadening out beyond the FAANG stocks,” as a positive signal for equities.

Shares of oil and airline companies, industries that were both ravaged by lockdown measures, outperformed the broader market on Monday. The U.S. Global Jets (JETS), a fund that tracks commercial airline stocks, gained 9.2%.