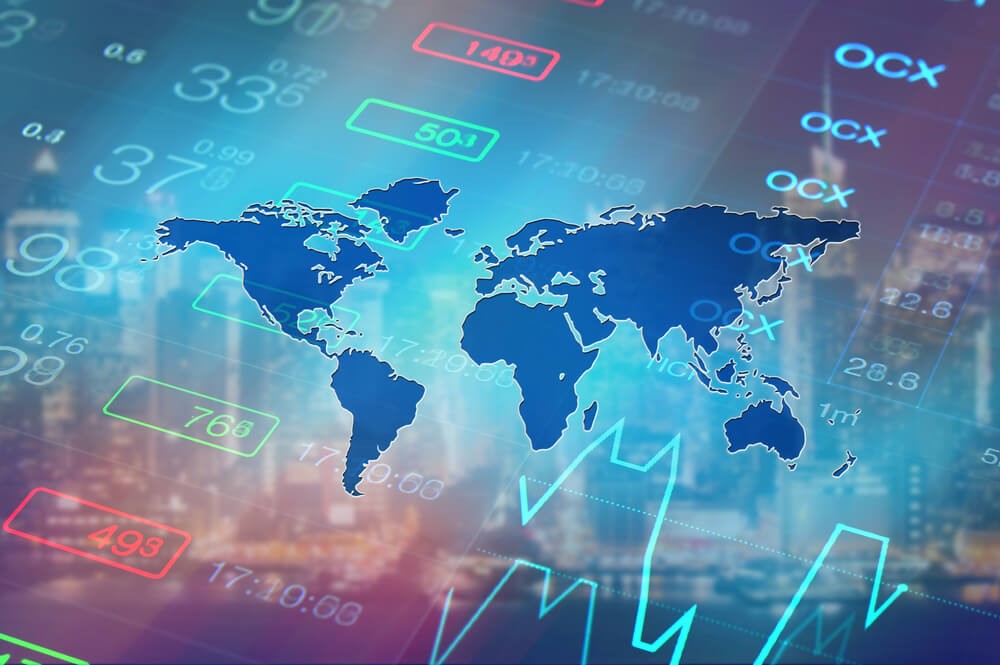 With US markets closed for Memorial Day, Asian markets rose on Monday as investor sentiment remained resilient despite growing concerns over the U.S./China relationship. At the same time, Hong Kong shares declined after political turmoil resurfaced in the area.

In Hong Kong, the Hang Seng index was down 0.95%, extending Friday’s losses of more than 5%.

Asia Pacific markets mainly declined on Friday after China announced a new national security law, which, if implemented, would give Beijing more control over Hong Kong and has already incited further pro-democracy protests in the city. The draft measure was announced as China’s National People’s Congress (NPC) — the country’s parliament — kicked off its annual session.

“Risk sentiment proved resilient on Friday night, to concerns about the fallout from China introducing national security legislation in Hong Kong. Weakness in Asian equities gave way to a flattish European session, and mild positivity in the US,” Hayden Dimes at ANZ Research said in a Monday morning note.

Government departments in Hong Kong rallied behind Beijing’s plans on Monday after thousands took to the streets to protest over the weekend, Reuters reported. Security Chief John Lee said “terrorism” was growing in the city and activities that harm national security have become more rampant.

Stock futures traded higher on Monday evening to begin the holiday-shortened week, as optimism about a potential coronavirus vaccine grew.

Futures on the Dow Jones Industrial Average jumped 332 points, pointing to an implied opening jump of around 345 points. S&P 500 and Nasdaq 100 futures also pointed to a green open for the indexes on Tuesday. Trading volumes remained thin in overnight action.

The moves in stock futures followed a solid week for Wall Street that saw the 30-stock Dow rise 3.3%, posting its best weekly performance since April. The S&P 500 and Nasdaq also climbed more than 3% last week.

The number of coronavirus cases in the U.S. topped more than 1.6 million as deaths rose to more than 97,000. Many states have taken steps in recent weeks to lift lockdown measures that curbed the spread of the disease.

Meanwhile, investors kept an eye on the U.S./China tensions, which showed signs of escalation over the weekend. White House National Security Advisor Robert O’Brien said on Sunday that the U.S. will likely impose sanctions on China if Beijing implements the national security law that would give it greater control over autonomous Hong Kong.

“Next month we will know bank stress test results; whether oil prices are a bounce or something more sustained and if we have moved out of COVID season or into a second wave,” Christopher Harvey, Wells Fargo’s head of equity strategy, said in a note. “If things break positively, we would expect to see a healthy rotation toward cyclicals, smaller caps, and value stocks.”

What’s Oil Doing & Where Is It Going?

In the last two months, oil has hit two very different first-of-its kind milestones. In April, West Texas Intermediate, the U.S. oil benchmark, plunged below zero into negative territory for the first time on record. Meanwhile, May is shaping up to be WTI’s best month ever, going back to the contract’s inception in 1983—an astonishing turnaround.

Improvements on both the demand and the supply side of the equation have pushed prices higher. Data shows that people in the U.S. and China are starting to hit the road again, while producers around the globe have cut output at record rates in an effort to prop up prices.

The contract has jumped more than 70% in May and posted four straight weeks of gains. However, some traders warn that the near-term outlook for oil remains uncertain, and that prices could head back into the $20s after settling around $33 on Friday.

Additionally, part of WTI’s blistering rally this month is due to the historic low from which it bounced. Prices are still about 50% below January’s high of $65.65, significantly cutting into profits for energy companies, which are often saddled with debt.

“The oil market rebalancing continues to gather speed, driven by both supply and demand improvements … These improvements are taking out the risk of a sharp pull-back in prices although we re-iterate our view that the rebalancing will take time,” Goldman Sachs said in a recent note to clients.

“We believe that the next stage of the oil market rebalancing will be one of range-bound spot prices with the most notable shifts being a decline in implied volatility as well as a continued flattening of the forward curve without long-dated prices rising yet,” the firm added.

While demand for petroleum products fell off a cliff in April, the outlook is improving as economies around the world begin to reopen. Raymond James, which has been tracking shelter-in-place orders, said that of the 3.9 billion people worldwide who have been under lockdown at some point since January, 3.7 billion, or 95%, have experienced some sort of reopening.

“All eyes are on demand … this is mainly a demand problem,” said Bernadette Johnson, Vice President of Market Intelligence at Enverus. She sees WTI hovering around the $20s to mid-$30s mark in the near-term, as demand continues to come back. “We’re expecting Q3 will look better from a supply/demand balance standpoint. You need a market that’s in equilibrium to start seeing higher prices, and so Q3 is really the first quarter where we’ll see that happen, because a lot of the demand is supposed to come back,” she added.

Evercore ISI echoed this point, writing in a recent note to clients that supply will continue to outpace demand in the second quarter, but that by the third quarter the “tide will turn,” at which point demand will exceed supply.