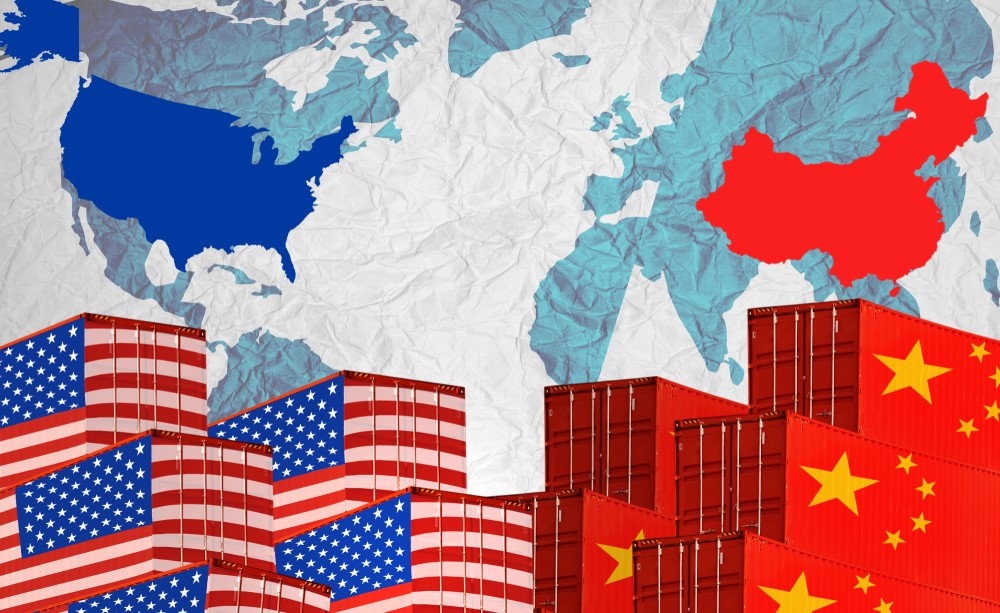 Markets in the U.S. will be closed on Monday for Memorial Day and the bond market will close an hour early at 2 p.m. Eastern Time on Friday and remain closed until Tuesday.

The week has been fraught with worries about U.S.-China relations which have deteriorated in recent weeks as the Trump administration continues blames Beijing for their pandemic response.

Legislators in Washington also approved a bill aimed at censuring China’s move to impose new national-security laws on Hong Kong. Separently, on Wednesday, the Senate, passed a legislation that could have the effect of banning Chinese companies from listing on U.S. exchanges.

All of these actions have been mostly dismissed by investors but could renew Sino-American animosities. Still, the main equity benchmarks have gained for the week with returns pegged to optimism surrounding state reopenings.

Expectations that a remedy for the COVID-19 illness, which has infected more than 5 million people and claimed 330,000 lives, according to data compiled by Johns Hopkins University, also have buoyed assets perceived as risky. For the week, the Dow has climbed 3.3%, the S&P 500 has returned 3% and the Nasdaq Composite Index has risen 3%, as of Thursday’s regular close of trade. The big question may be whether investors are willing to buy assets into an extended holiday weekend.

U.S. stocks have rallied sharply since the March tumble, while bond yields are deeply depressed and hovering near all-time lows. However, in a recent analysis, Peter Berezin, chief global strategist for BCA Research, lays out a straightforward — if bleak — explanation.

This is one such occasion. As he notes, “The real economy is suffering.” Millions are unemployed, and the most vulnerable people in the economy have been hit hardest.

Despite that, stocks can keep churning higher. The asset class, broadly, is just fine: “Tech and healthcare are the two largest sectors in the S&P 500,” Berezin points out.

“The former has benefited from the shift towards digital commerce in the wake of the pandemic, while the latter is a highly defensive sector that has gained from the flurry of interest in new treatments for the disease.” The heavy weighting of technology over other beaten-down sectors, such as travel and banks, helps investors avoid the distress there.

As for bond yields, Berezin argues that ultra-low yields may not necessarily signal weak economic growth ahead. Unlike some analysts, he is not convinced that the current downturn has lowered long-term trend growth, writing that, “While some brick and mortar stores will disappear, this was part of a long-term shift toward a digital economy — a shift that has been raising productivity levels, rather than lowering them.”

And, Berezin adds, “Equity investors are hoping for an outcome where fiscal policy is eased by enough to eventually restore full employment while interest rates stay low well beyond that point in order to induce the private sector to keep spending: A win-win combination for stocks.”

Will These Three Indicators Show the Strength of the Recovery?

Since the start of the crisis experts have predicted every scenario from hitting a depression to immediate recovery. They have used every indicator to justify their forecast, whether it be the curve of COVID-19 cases, unemployment rate or historical precedents.

The challenge is that in many ways the current crisis breaks history, making it difficult for us to plan ahead, especially since the greatest unknown is how American consumers will behave within the “new normal.”

Every state has started to reopen its economy, which will give us the first true look at the current economic direction, and an outlook into the full impact of the downturn and nature of the recovery. During the next six weeks, there are three key areas that should serve as reliable indicators for the long term economic state.

The U.S. consumer has served as the strongest pillar of the economy for the last decade. In March and April, consumer sentiment fell at a historic rate.

Consumers have started increasing their savings and currently plan to curb their spending for the next six months (see chart above). As the economy reopens, this will give us the first indications about whether they keep this recession mindset or start changing their behaviors.

The biggest headlines have been around the record level of unemployment. Many are assuming that there will be an immediate drop once the economy reopens. But the real indicator will be the amount that it falls.

Additionally, nearly 50% of unemployed workers are receiving greater income from the government as a result of the “bonus unemployment insurance” program and may not attempt to re-enter the workforce until August, when that benefit expires.

The Markit manufacturing PMI is one of the strongest economic indicators for industrial production. In April, it dropped to 36.9, an all-time low, precipitated by coronavirus-related lockdowns. It only rebounded to 39.8 in May.

U.S. manufacturing has experienced significant challenges and downturns during the last decade but the government has been able to support the industry among strong global demand.

It is safe to assume that there will be shrinking global demand as emerging markets across the globe struggle to address the health crisis. Domestic demand will need to provide a balance due to more limited opportunities for importing manufacturing as a result.